TextBlob is built upon NLTK and provides an easy to use interface to the NLTK library.

TextBlob is another powerful library in python.

Many universities around the globe now use TextBlob, Python libraries, and other tools in their courses.

This library was developed by Steven Loria and played a key role in breakthrough NLP research.

TextBlob is available for Windows, Mac OS X, and Linux. Best of all, TextBlob is free,
open-source, community-driven project.

First, install python in your system.

Some simple things you can do with NLTK 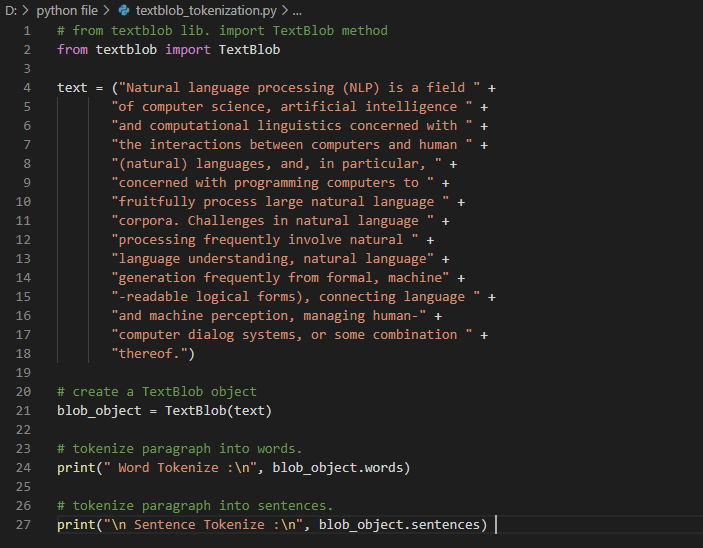 TextBlob library is the best library in python to know human language data to the machine. It used in machine learning.