Python codecs Library
The purpose of this module is Encoding and decoding i.e. conversion of the texts between different representations.
This module defines base classes for standard Python codecs (encoders and decoders) and provides access to the internal Python codec registry, which manages the codec and error handling lookup process.
codecs.getencoder(encoding):
Lookup the codecs for the given encoding and return its encoder function.
This function is returned as an object, as we know that in Python, functions behave like any other object, such as an int or a list. That means that you can use functions as arguments to other functions, store functions as dictionary values, or return a function from another function. This leads to many powerful ways to use functions.
The encoder function which matches the argument passes is returned in the form of an object.
It raises a LookupError in case the encoding cannot be found. 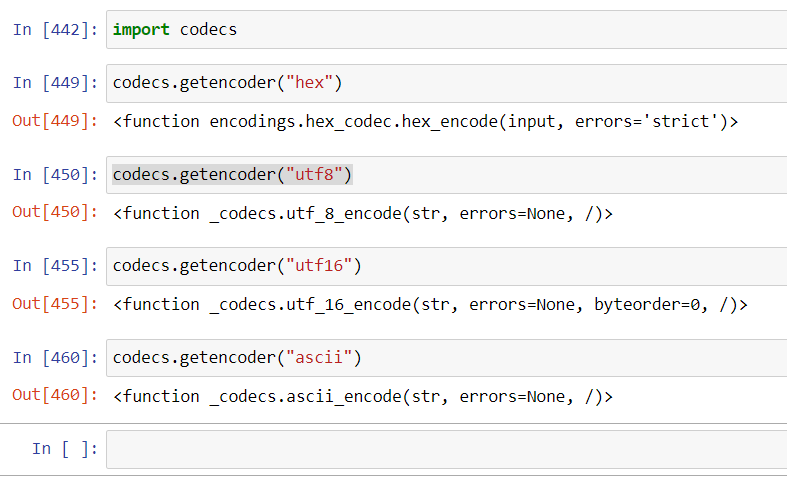 codecs.getdecoder(encoding):
Lookup the codecs for the given encoding and return its decoder function.
Here also we receive the function as an object only, just like getencoder function.
It also raises a LookupError in case the encoding cannot be found. 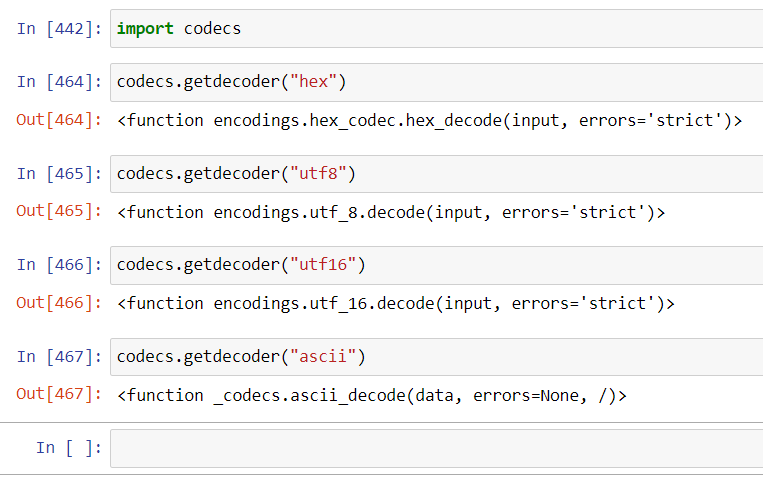