Introduction to difflib module in python


Introduction to difflib module in python

The difflib module in python as the name suggests provides
classes and functions for comparing different sequences and datasets. Thus this
module gives you the differences between files in various formats including
HTML.

Understanding the most commonly used classes in difflib
module:

The Sequence matcher class in
difflib compares the pair of sequences  that
are provided by the user and returns the data that presents how similar the two
strings are. 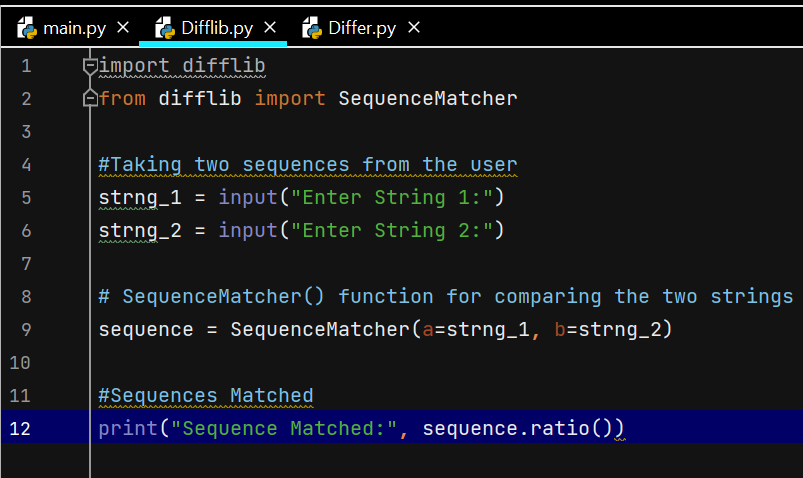 String2: Welcome to cppsecrets.com
a professional handbook for python

And compares it using Sequence
matcher class. Then the result value is printed using  .ratio() function.  This ratio() determines the ratio of
characters that are similar in the two strings and the result is then returned
as a decimal.

The differ class of difflib module is the opposite of Sequence
Matcher class. It returns the differences between the strings that are provided
by the user. The Differ class is special in its utilization of
deltas, making it even more efficient and readable for humans for spotting the
differences.

Each line of a Differ delta begins with a
two-letter code:

'?'    line not present in either input
sequence 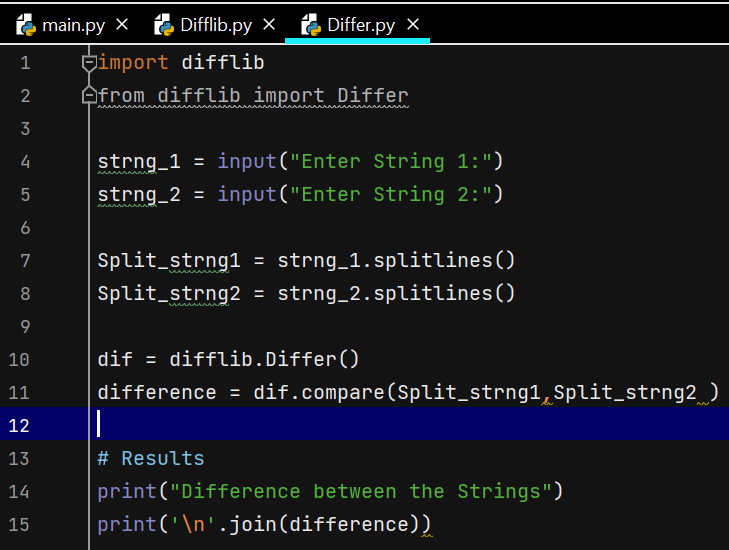 The above code
takes two sting inputs from the user

Then the result
is printed where ‘+’ sign is printed below the newly added characters of the
string.